The construction of the monumental complex of S.Claire began in 1310, by the will of King Robert of Anjou and his wife Sancha of Majorca. The Franciscan citadel was set up by erecting two convents: one for the Clarisses, and the other for Franciscan Friars Minor. The church is now in its original Gothic style, with a simple facade in which the ancient pierced rose window is nestled. In 1742 the church underwent changes by the hand of the architect D.A. Vaccaro. Pompous coatings gave the complex a baroque aspect. On August 4th of 1943 the church was almost completely destroyed by aerial bombardment. It was rebuilt and restored according to the original Gothic style. Ten years later the church was reopened for worshipers. Over the centuries, the cloister has undergone various transformations. The most important was performed by D.A. Vaccaro between 1739 and 1742. Vaccaro built two avenues which, intersecting, divide the area into four areas. Octagonal pillars line the perimeter, coated with majolica ceramic floral decorations.

The pillars are connected by benches covered of tiles with popular, rural, maritime and mythological scenes. The four walls of the cloister were covered with seventeenth century frescoes depicting Saints, allegories and scenes of the Old Testament. Inside the complex you can see a nativity scene featuring shepherds of the eighteenth and the nineteenth century, the Museum in which it is possible to admire a cross-section of the Neapolitan history from antiquity to the twentieth century, some of the treasures the bombings of 1943 failed to destroy and an archeological area with remains of a Roman spa. 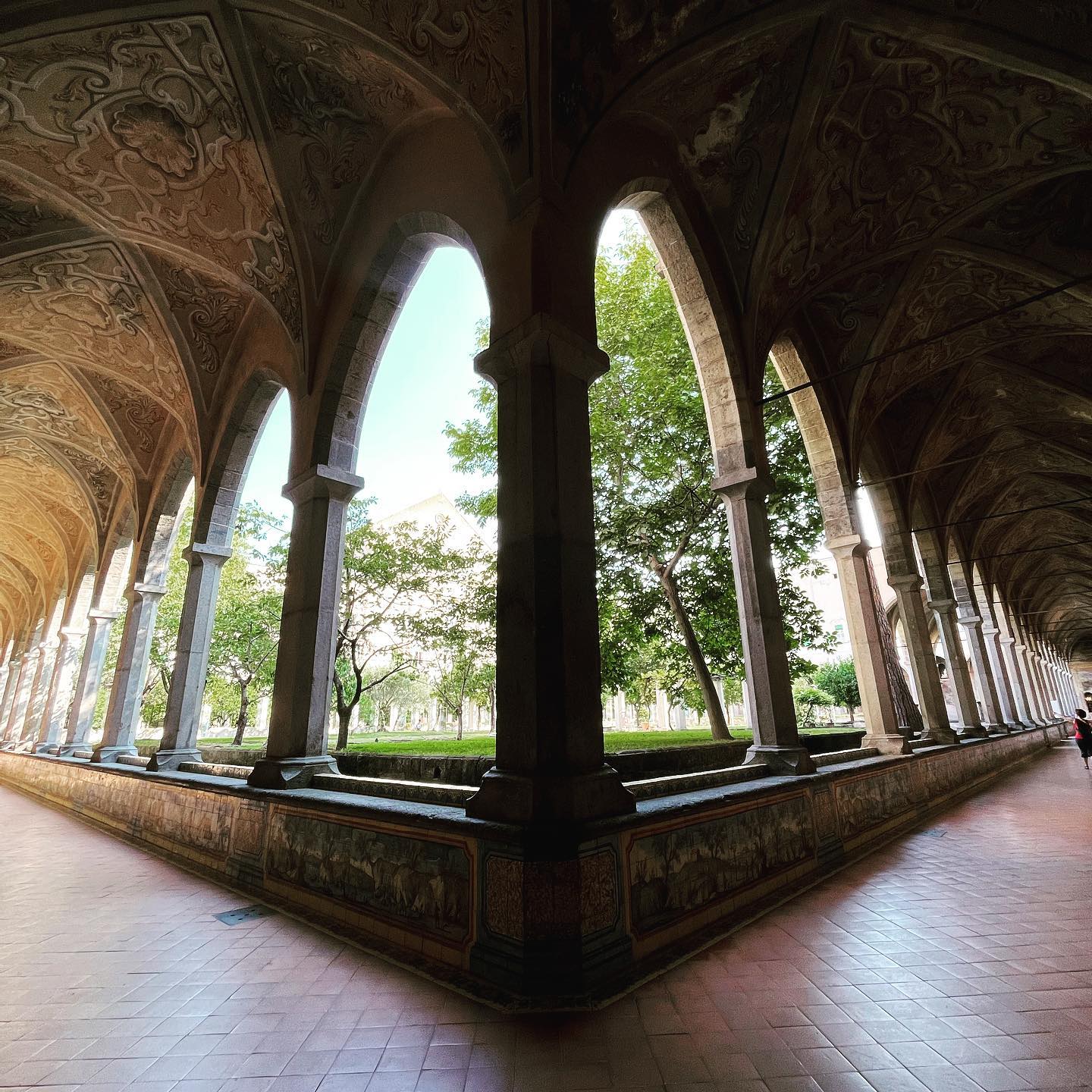 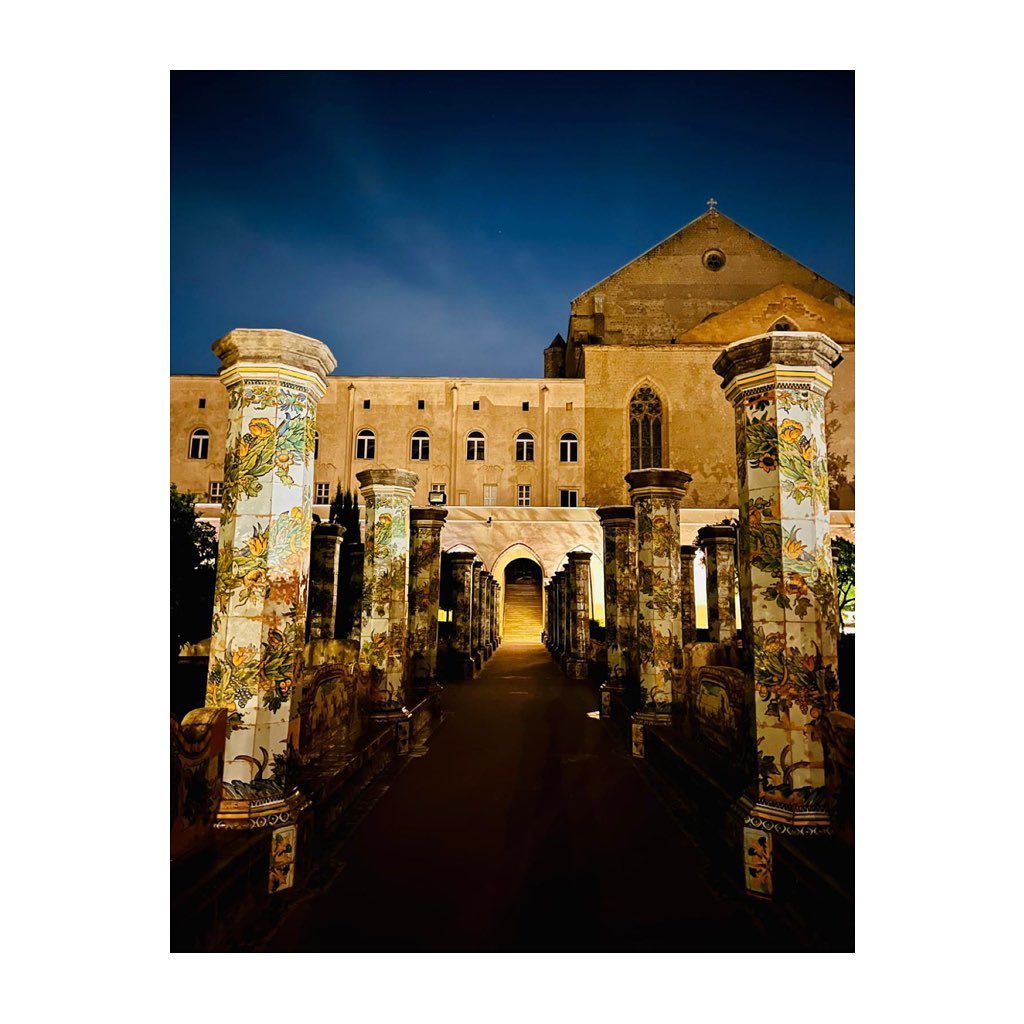 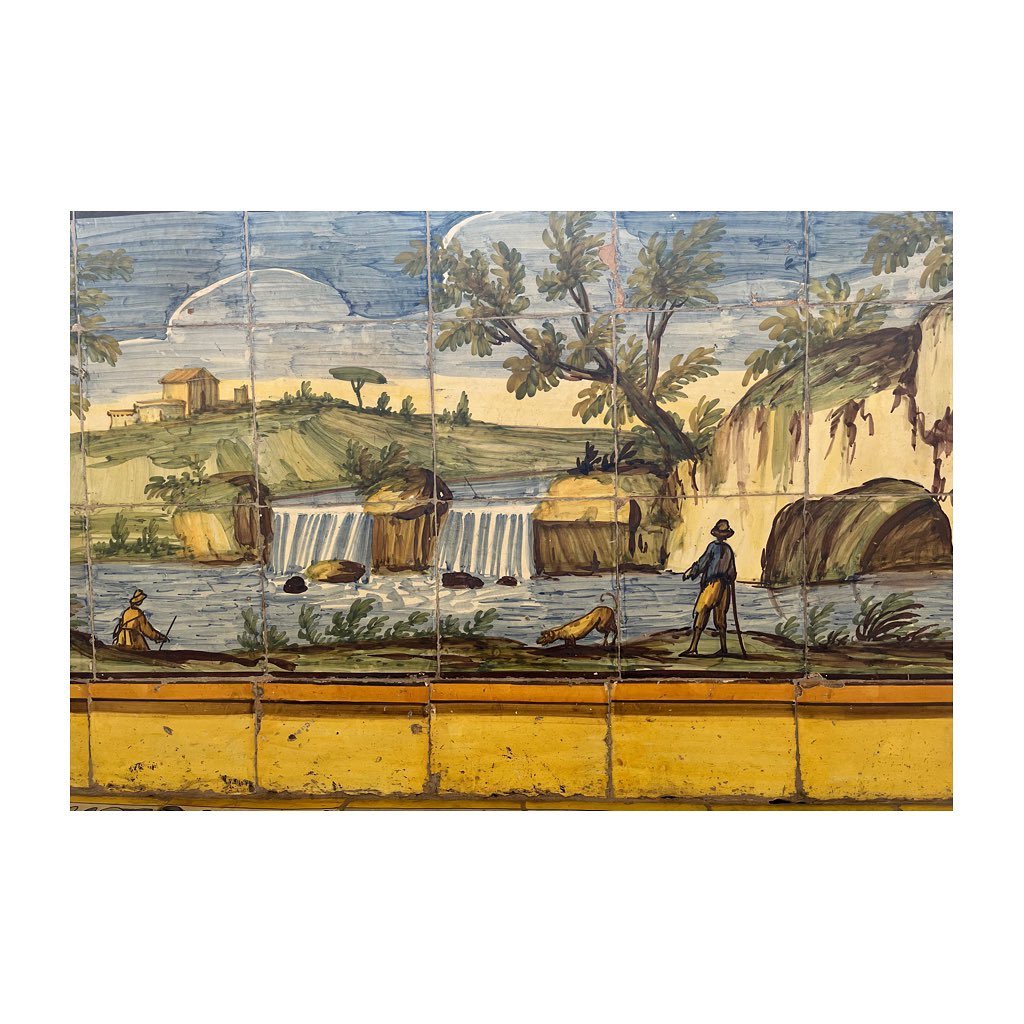 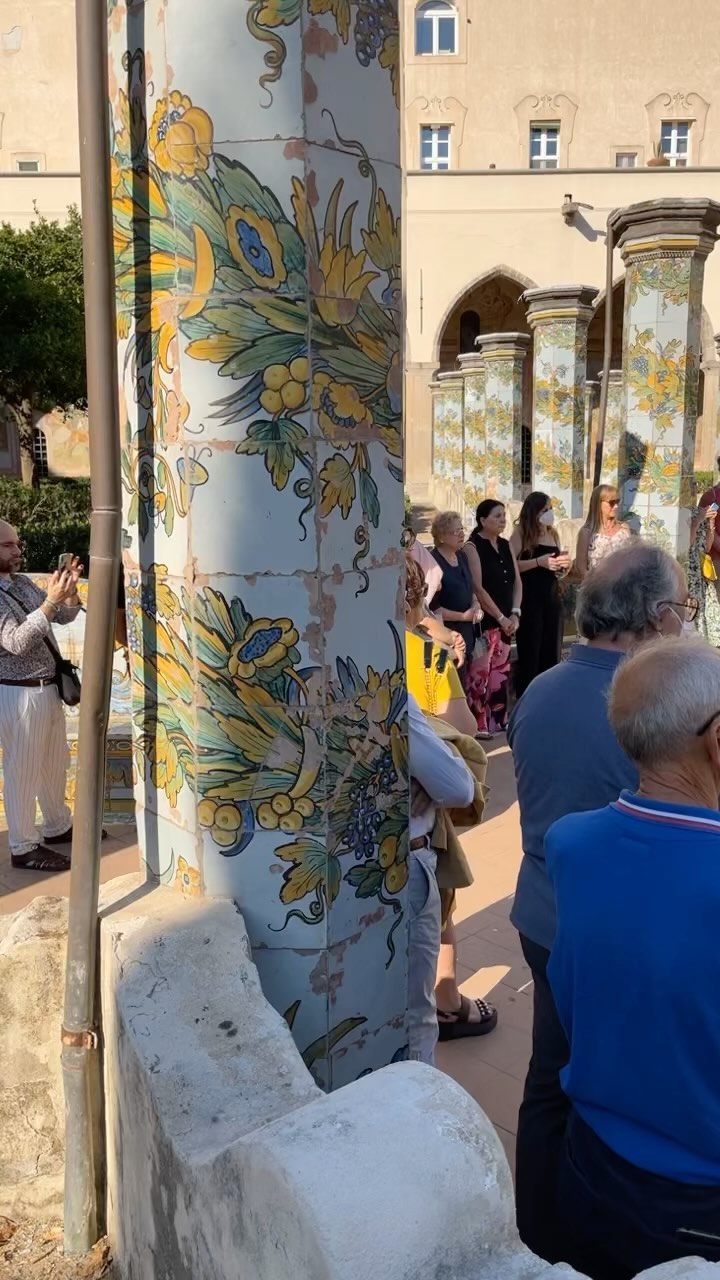 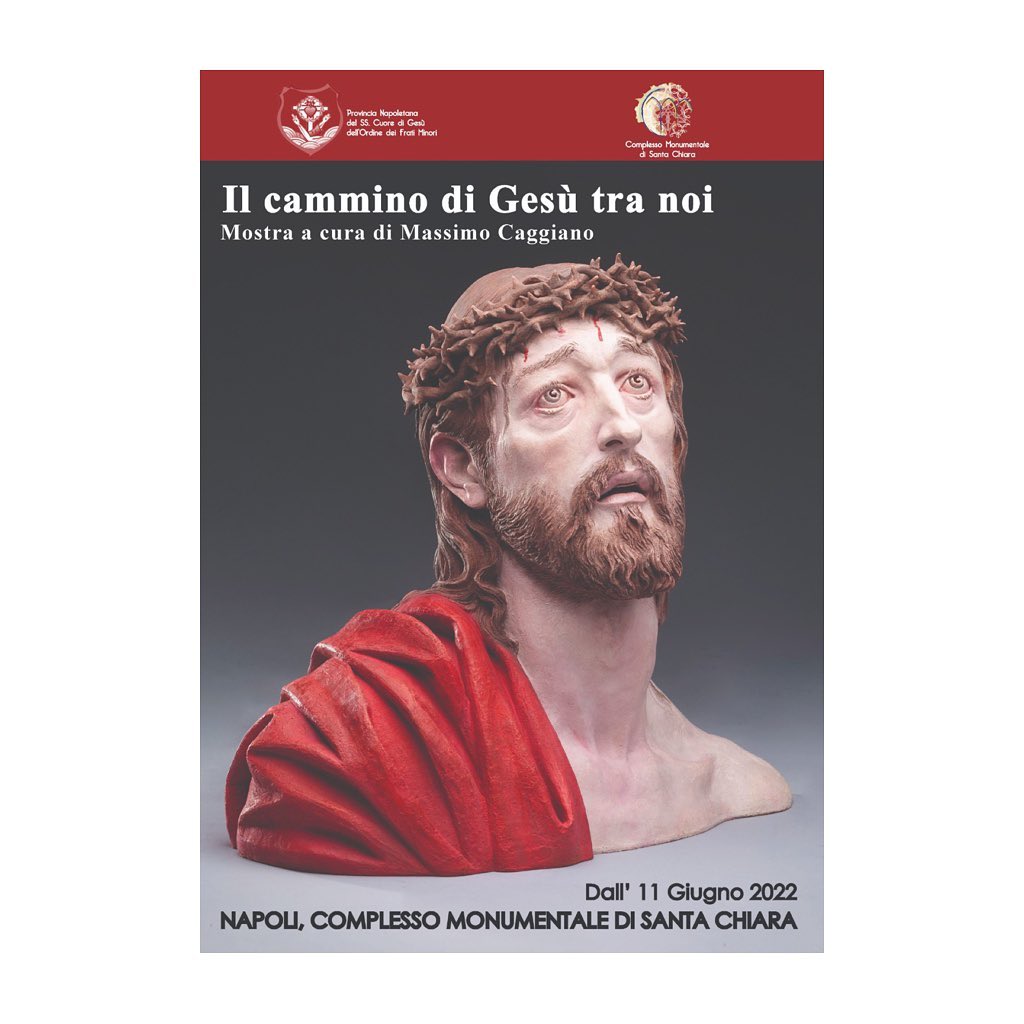 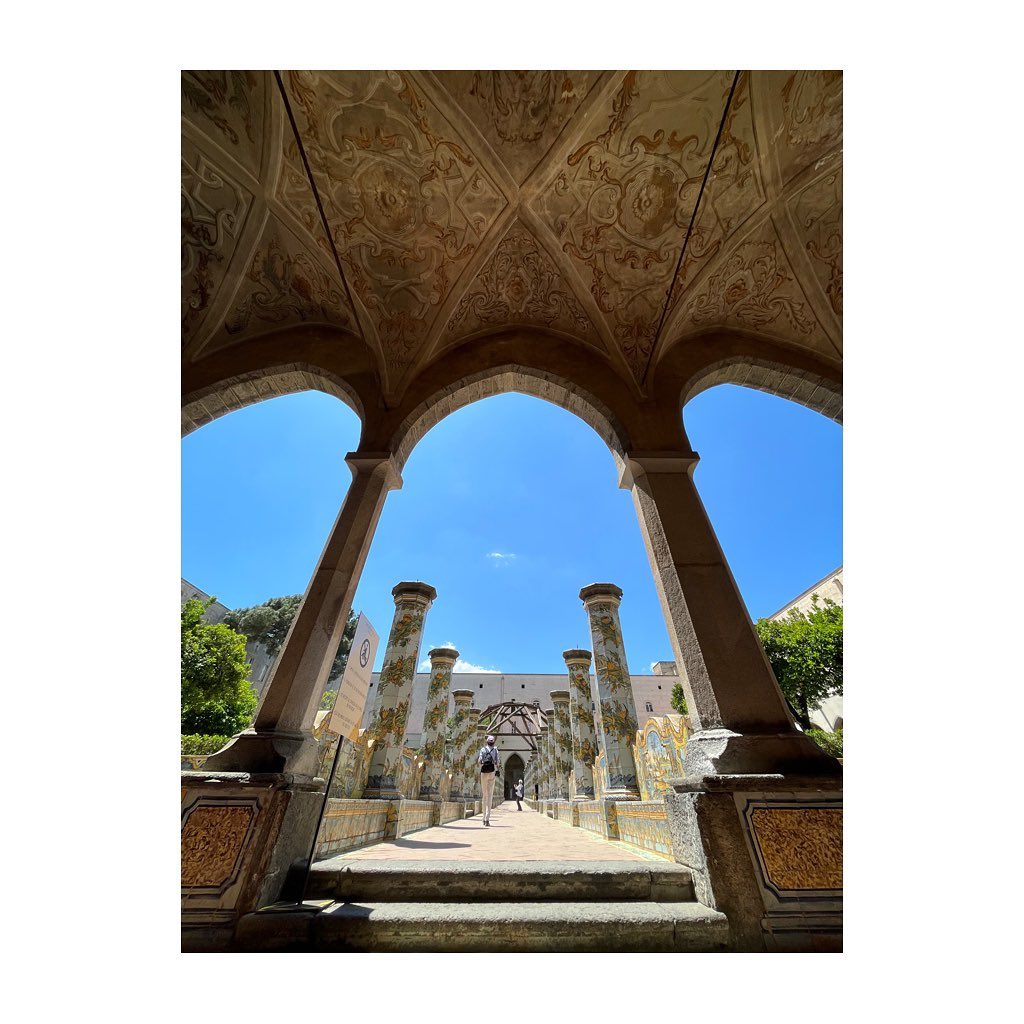 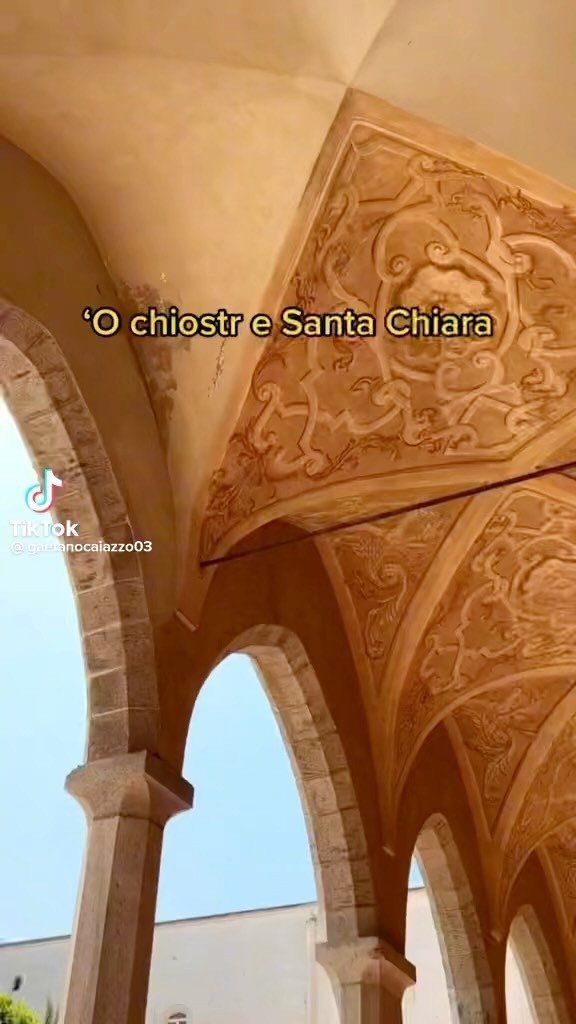 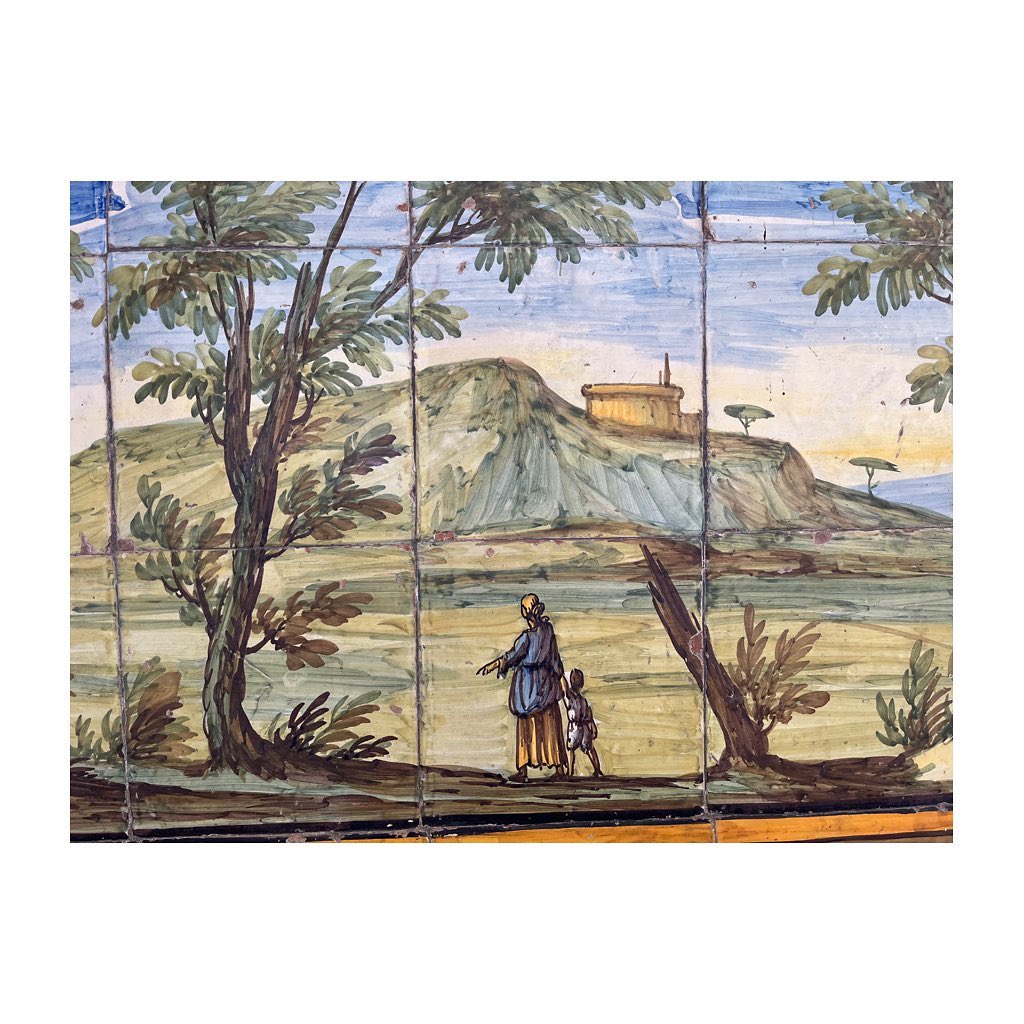 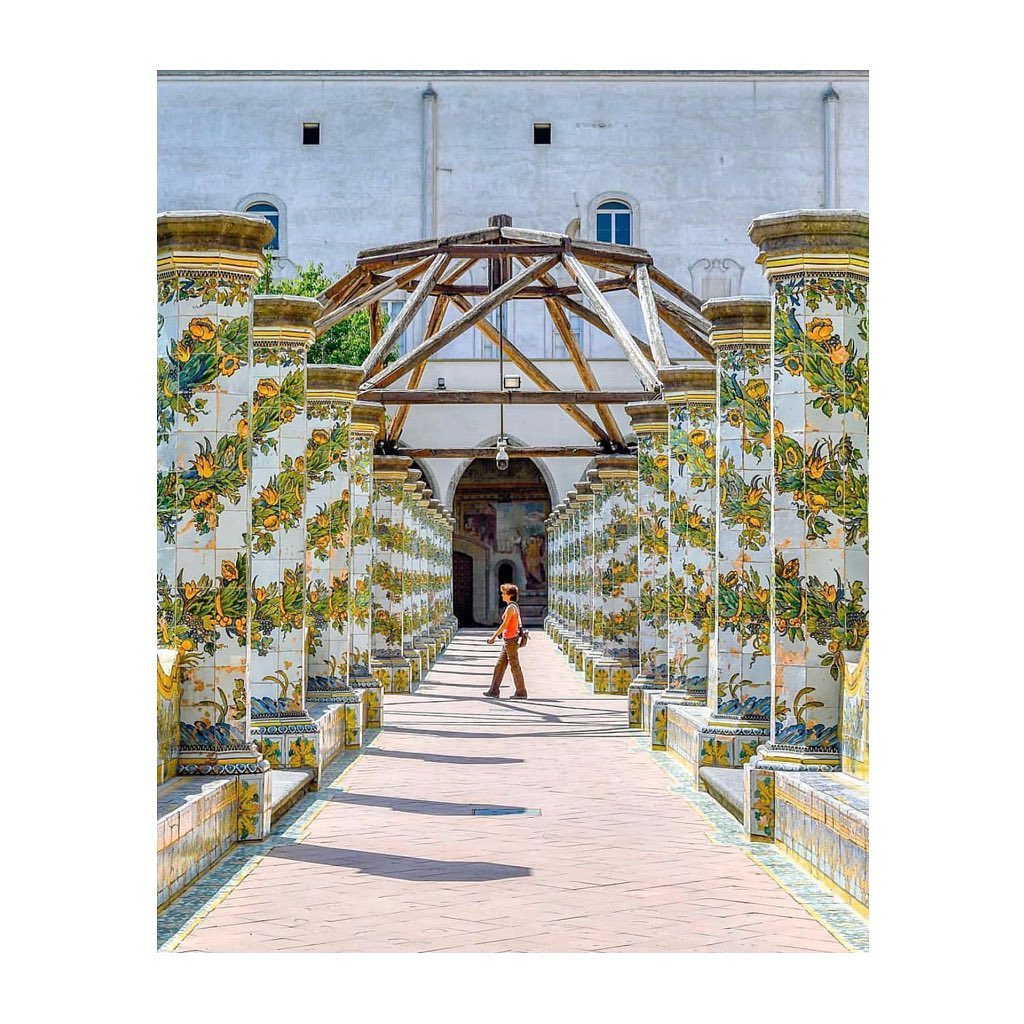